How to find Part No. in iOS device?

Go to Settings -> General -> About this device..

To the right of the Model Number item, you will see the Part No., which consists of 9 characters, including letters, numbers and the slash " / " symbol.

The Apple Part Number is often confused with a five-character Model Number (1st letter A and 4 digits). To see the Model Number, tap on the Part No. 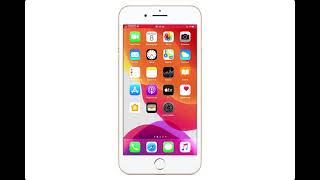 Let's see what is encoded in each of the symbols of the Part No..

The first letter of the Part No. means the origin of the device:
M - new device
F - refurbished iPhone
P - is a smartphone with official engraving. This can be ordered on the official Apple website.
N - is a completely new device that was issued to the user under warranty to replace the faulty one.

In the last letters before the slash, the country for which the iPhone was produced is encoded.

The last letter, for example /A, denotes that the smartphone is intended for sale in Apple branded stores.

In the rest of the Part No., the model identifiers (Model ID - Apple Model Identifier), the internal name (Internal Name) of the device, information about the color and the amount of memory are encoded.

To quickly check your iPhone or other Apple device, you can visit the SNDeepInfo website. Enter the characters of the Part No. in the input field and find out the information about the device.